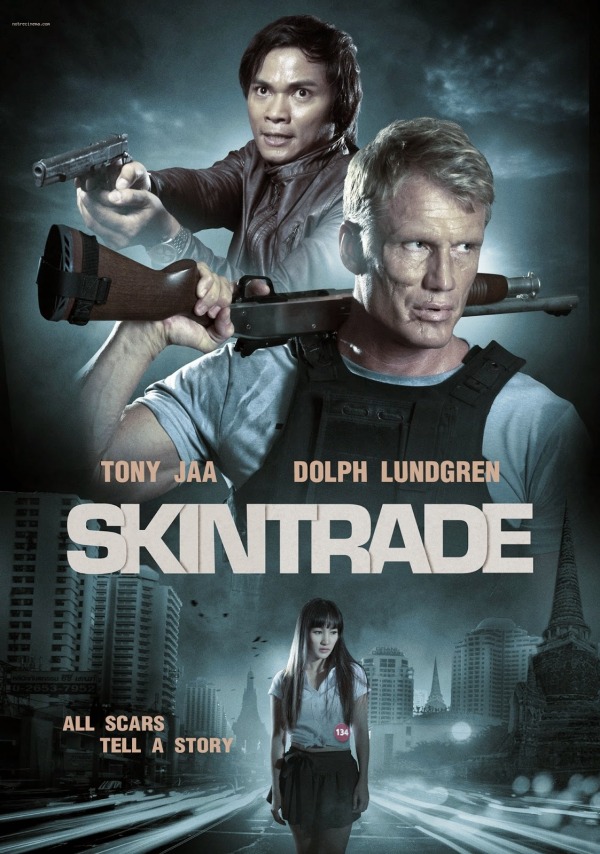 Action fans, the scene has been dull as of late.  Unless you are a fan of comic book movies, the only action films you might see these days are probably from your own collection.

Last night I was surfing Hulu, taking a look at the new trailers that were added, and one caught my attention.  The film is called, “Skin Trade,” and is staring Tony Jaa, Dolph Lundgren, and Ron Pearlman.

Detective Nick Cassidy’s (Dolph Lundgren) family gets killed by gangster Viktor Dragovic (Ron Pearlman.)  Cassidy heads to Bangkok for vengence and teams up with Thai detective Tony Vitayakui (Tony Jaa) to hunt down Dragovic and destroy his human trafficking network.  Meanwhile, FBI Agent Eddie Reed (Michael Jai White) is sent to bring Cassidy home.  But as the crossfire ensues, Cassidy has to determine who his true allies are.

Dolph Lundgren wrote the script for this, starting it in 2007 after reading the news about a van “full of girls” being smuggled into the United States from Mexico.  The van was left at the boarder by the smugglers along the boarder, and all the girls inside died of heat stroke and suffocation.