I’ve been waiting for this film since the day I heard it was being released.  You may have heard of Aaron Swartz, and depending on what you have read and what source you read it from, you may have a radically different opinion then someone else.  Aaron was a brilliant kid and deserved to have his story heard.  This film does a great job of doing what the rest of the media failed to do.
“He was the internet’s own boy, and the old world killed him” said a friend of Aaron Swartz.  I found this film enraging.  If I didn’t have a wife and a kid, I would be way more active in being a pain in the ass to our government.  At 35 years old, I have a wonderful wife and a fantastic little girl, so my passion for life is devoted to them above and beyond.  But there is a part of me that wants to be a defender of the Internet and to fight for free information.  That part of me is obviously not going to surface because I don’t want to get myself into trouble.  Aaron Swartz is a true hero and his true story is told in this film.
When Aaron was 12 he developed a version of wikipedia (before wikipedia) that was so cutting edge, his teachers thought it was ridiculous.  They were obviously wrong.  At 14 he developed the standards for RSS.  He was so ahead of everyone else, that when he spoke in front of an audience at this young age, people found what he said captivating and that it made sense, but that they couldn’t not laugh as 80% of his head was hidden behind his laptop screen when he spoke.  He was a young kid with a vision for things internet related that the rest of the world just didn’t get.

As Swartz got older, his focus became more political.  He became obsessed with freedom of information, primarily publications of academic research, and the fact that it should be available to everyone.  Instead publishers have taken documents and journals funded by tax dollars, and charge ridiculous amounts of money to access them.  In the end, Aaron hacked into MIT’s academic database and downloaded millions of articles with the intention of making them available for everyone.  Soon he was the victim of an “example” being set by our government during a time when legit black hat hackers were getting busted simultaneously.  He did the wrong thing at the wrong time.  The government was set on killing this kid no matter what his intentions were.  This film catches the raw emotions of his family, friends, and colleagues as they all look back on Aaron’s life during this time.
I highly suggest watching this film. You get a really good look into this kid and his life.  The films touches on his analysis of a reading and collecting court documents that had case decisions that went hand in hand with benefiting major corporations.  You may go into this film thinking that your are about to watch a film about the kid responsible for Reddit.  You will come out of it knowing much more. 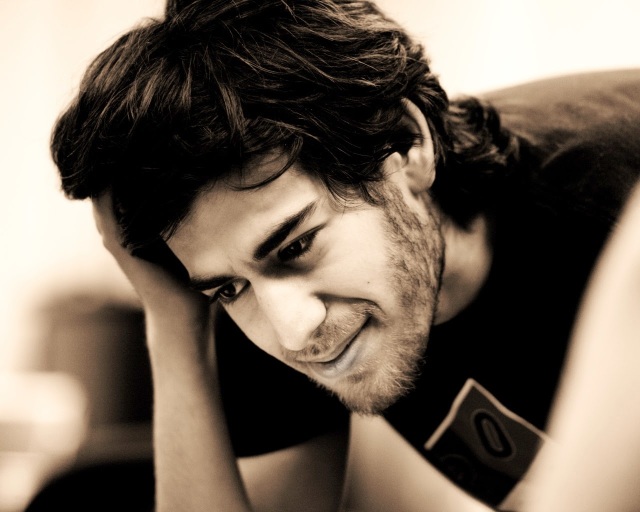