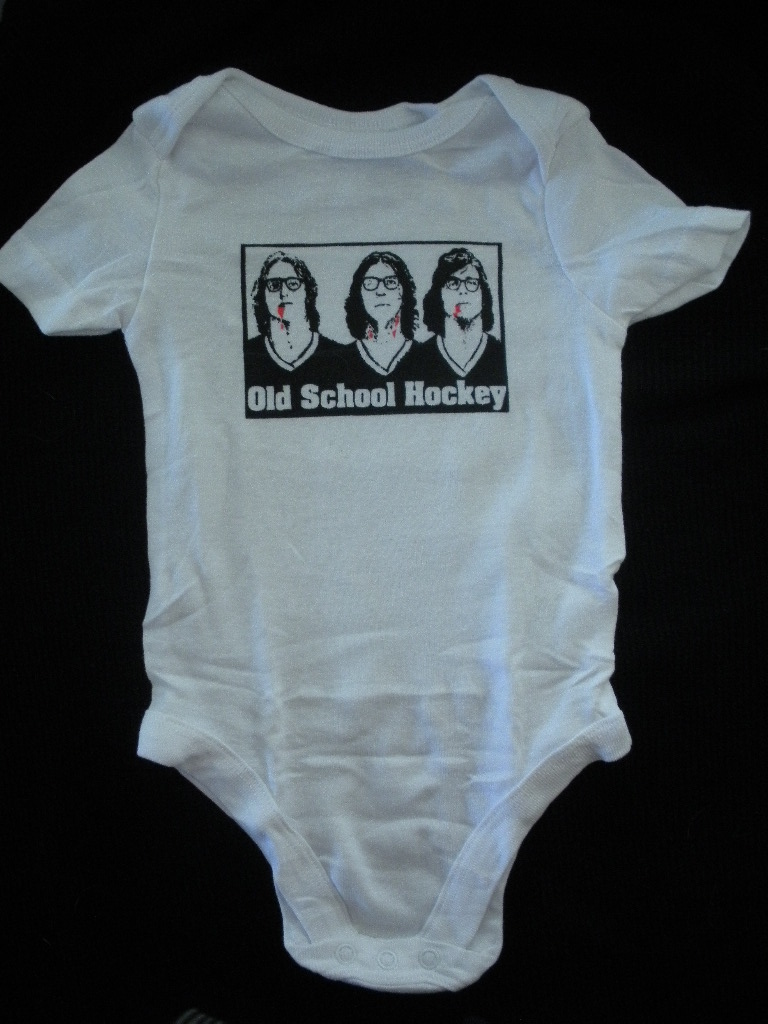 With the insanity of buying a house and everything that’s been going on, its been tough to add new items to the site and my stores.  For a while now I’ve wanted to make a hockey related onesie that would be awesome.  I wanted to do something old school so I decided to draw up the Hanson brothers from the movie Slap Shot.  Initially my design consisted of the three characters and underneath them was the word “Hockey”.  I went to Nicole with this idea and she said that it wasn’t enough.  She said that it looked like three dudes in an Emo band.  I of course got super angry and started pouting like a baby, angry at the criticism I had indeed requested.  This reaction was most likely the result of working too many hours and a boat load of stress but the fact of the matter is, she was right.  With the style of screen printing that I do, images that I do of people need to be done just right or they don’t actually look right.  Sometimes it becomes hard to even interpret who the person is.  So I held off on the design.  Later that night we were watching clips of the movie on Youtube and it hit me.  This isn’t just about hockey, but its about old school, old time hockey!  So that’s what I decided to go with.  I also decided to get artsy with it and add a second color splash of blood on their faces.  I love this design.  This is now available in all of our online stores and on our website. 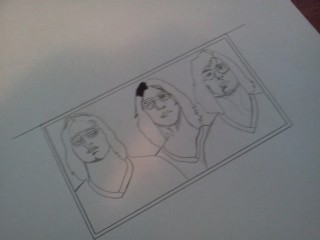