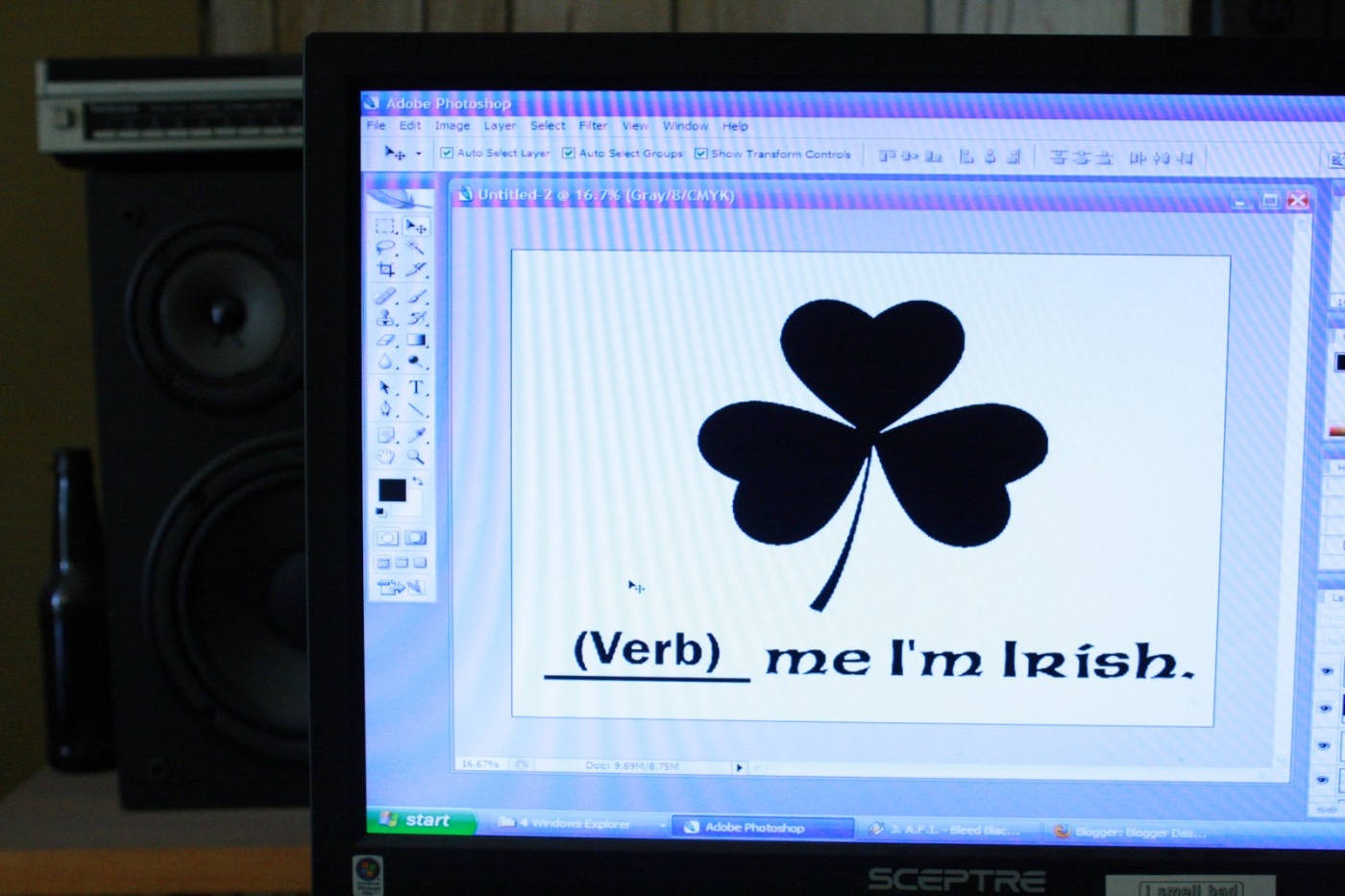 Time for a cheap plug.  St. Patrick’s day is approaching with it’s parades, drunken escapades, and yes, witty t-shirts.  I have been doing shirts for over 5 years now, and every year I mean to do a St. Patrick’s day shirt, but I totally forget.  This year, I have not!  Nicole had a pretty cool idea using the “Mad Lib” format with the shirt.  I got pretty excited at the idea, but I probably should have looked at a Mad Lib again before jumping the gun.  I haven’t seen one since i was a kid, so what I pictured in my head was totally off, causing me to royally waste a screen.  I’m an idiot.

So I design the shirt with my flawed mental image of a Mad Lib, make the screen, do the print, and send a picture of it to Nicole.  At this point, I’m pretty excited about the new shirt.  She texts me back saying that it looks cool however its not what she had in mind.  She explained to me that a Mad Lib would have the “Verb” under the blank line.  Of course it would….how would you fill in the blank line with something already in it…dammit! So I had to go back and make some corrections so that my new shirt would make sense.

So here it is! Get it for St. Patrick’s day festivities!