There is so much to do in Buffalo when the good weather hits.  One of the newer things to do is Food Truck Tuesday at Larkin Square.  This city has a plethora of food trucks now, and they all get together on Tuesdays in what was like a mini taste of Buffalo.  If you haven’t been to Larkin Square, its impressive.  An area of what was once just old warehouses, is being turned into something really cool.  Larkin Square now hosts events on different days of the week basically offering folks a chance to come down, have a beer, and hang out.  It seems to get nicer and nicer each year.

As you can see there is a ton to choose from!  When we got there, Nicole made a bee-line to the Betty Crockski truck for perogies and sausage (pretty much her favorite food).  This was one of the newer trucks that we hadn’t had a chance to try. 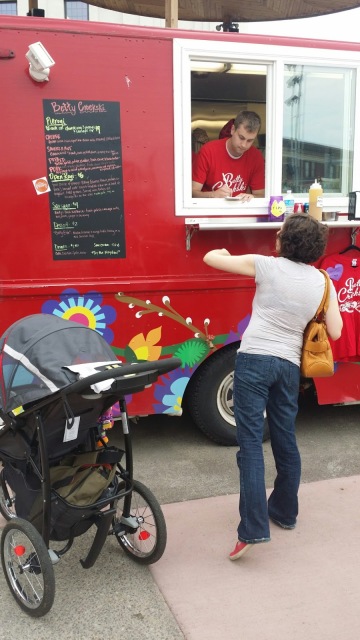 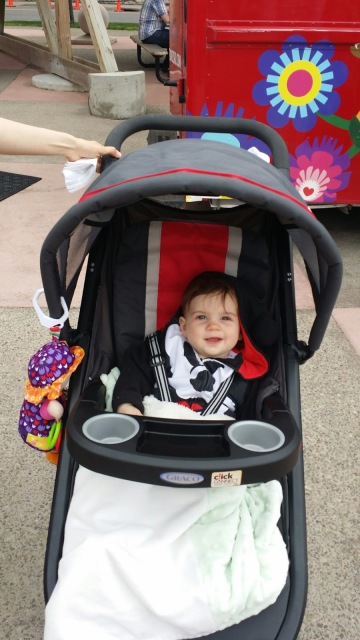 Nicole said the food was average, not terrible, not amazing. I didn’t get a chance to try a bite of hers because when I returned from grabbing a beer, she was finished with it.  Speaking of beer, there isn’t much variety, but I was able to have the Rusty Chain from Flying Bison which I’m not all that fond of, but I’ll drink it if I have to.
It was time for me to choose something to eat.  I couldn’t go crazy and try a bunch of things due to my diet, but I was going to indulge in something tasty.  I decided to go with, “Le Petit Poutine” from Rochester.

I wasn’t really a fan of it.  I like my Poutine to have delicious melted cheese, this was served with chucks of curd which isn’t really my favorite.  The portion was decent, but it was basically a $10.00 container of fries and gravy.  Mine had pulled pork on it, but not much.  $10.00 was high in comparison to the other trucks.
The covered area of Larkin Square is loaded with comfortable places to sit, but every spot was taken.  There is a stage where performers do their thing.  When we were there, there were break dancers which was sort of lame, but they get all kinds of acts there.
Overall, I highly suggest checking this out on a Thursday.  Its easy to park, its easy to get around because its nice and spread out, and its a good opportunity to kick back and try some food. 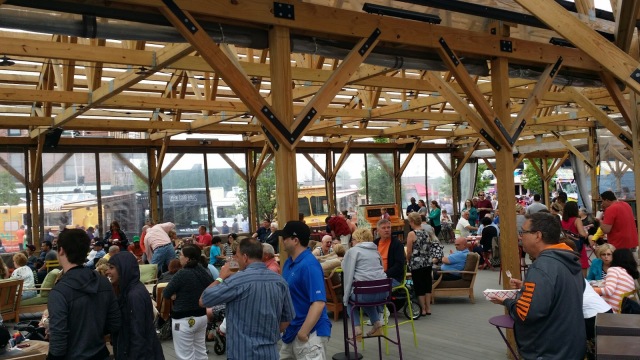 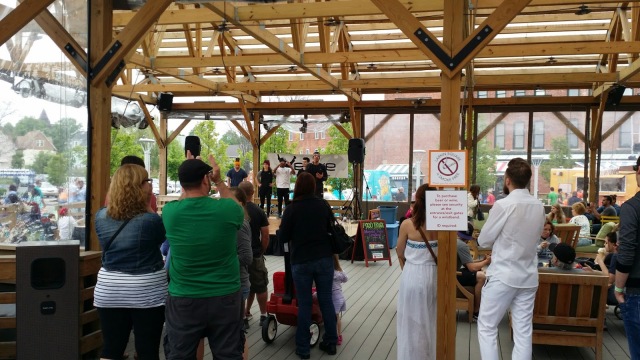