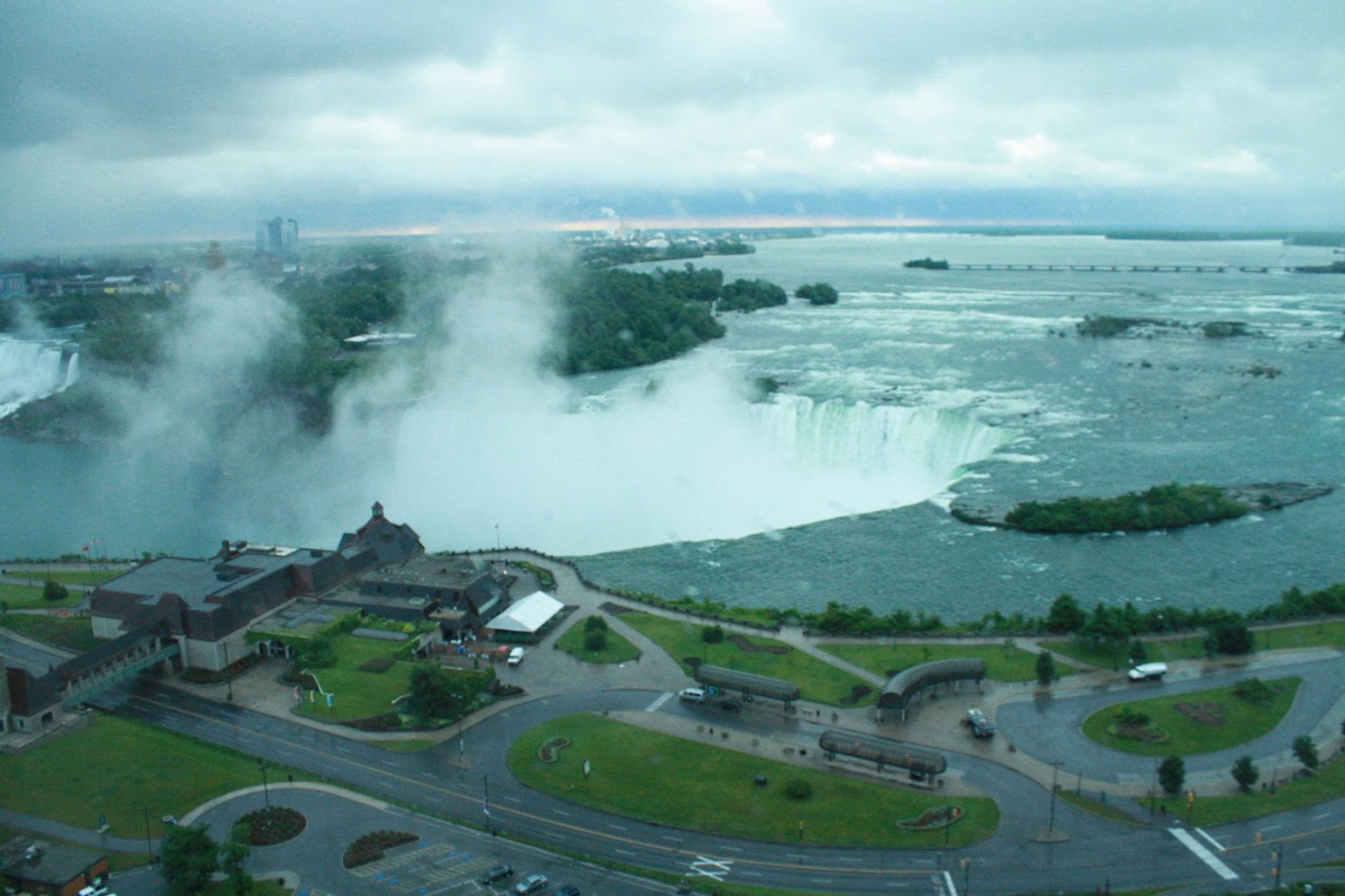 Our dinner party went well at Pearl Street.  It couldn’t have been a better choice for us and what we wanted to do.  I should have some pictures from that in a few days.  My step dad took all the shots because I was too busy sucking down beer (thanks, dude).  After dinner Nicole and I headed to Niagara Falls where we had a room overlooking the falls which was a gift from my parents.  The view was really amazing and had a hot tub and a fireplace.  It would be awesome if there was something that you could open to actually hear the falls. 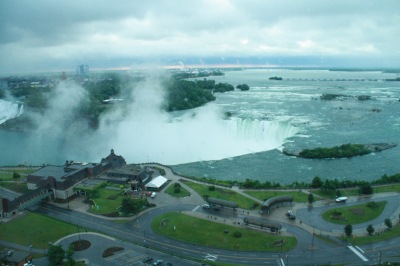 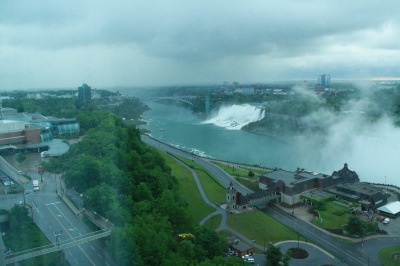 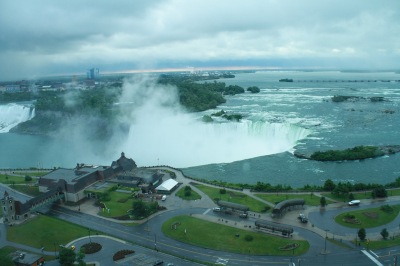 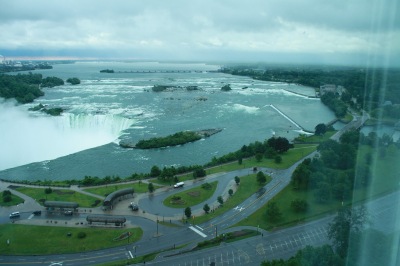 The next morning we had breakfast and headed to Toronto, a city neither of us had been to in quite some time.  We checked in and immediately wanted to head over to the Hockey Hall of Fame (priorities).  Everything was like ten minutes from our hotel so it was quite convenient.
The Hall of Fame was pretty cool.  It didn’t have much Sabres stuff, it mostly had exhibits from teams that have achieved things; We got to see the Stanley cup which was super exciting.  Since we are from Buffalo, this is probably the closest we will get…
They also had cool things for kids and man-kids to do like shoot pucks at a virtual goalie, or block shots from a puck machine.  I totally didn’t want to do it but Nicole made me.  It ended up being sort of fun though. 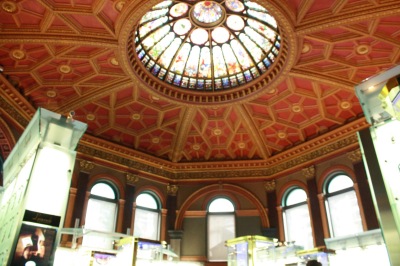 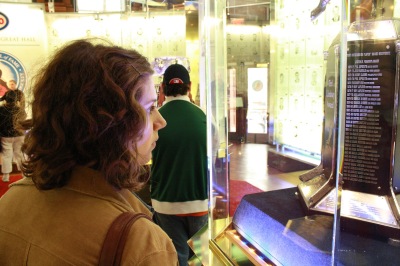 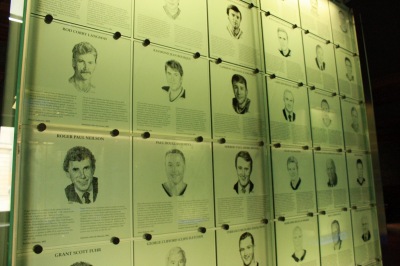 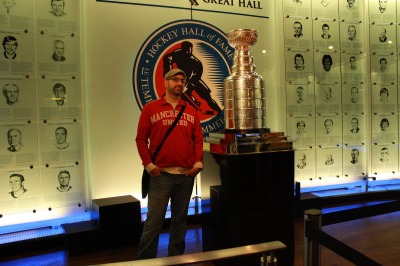 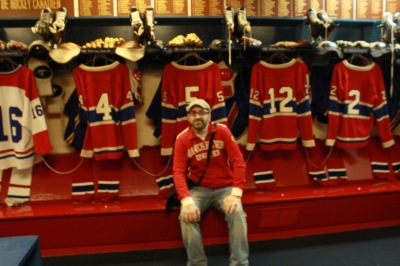 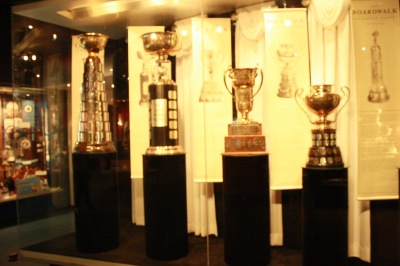 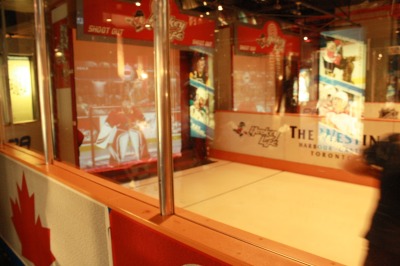 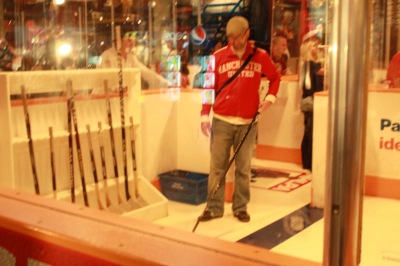 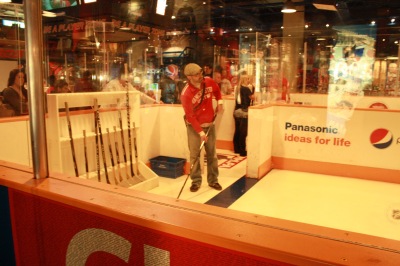 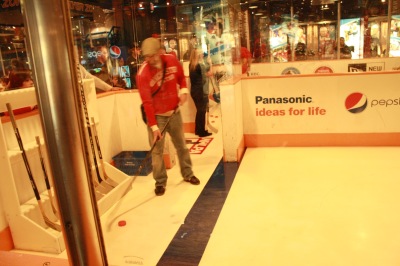 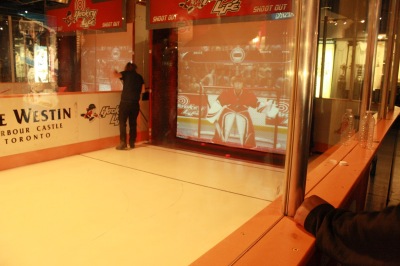 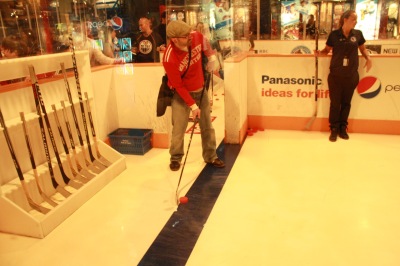 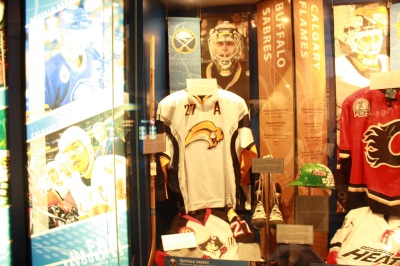 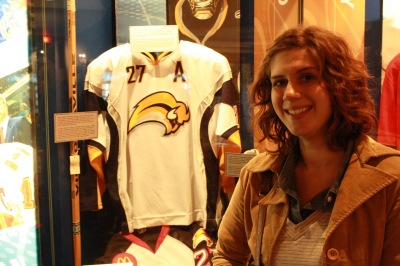 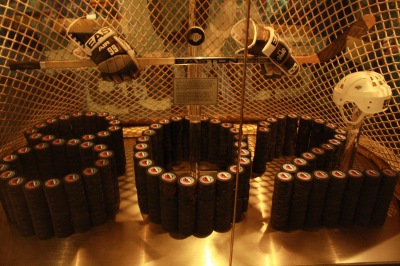 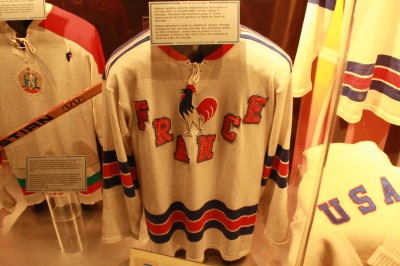 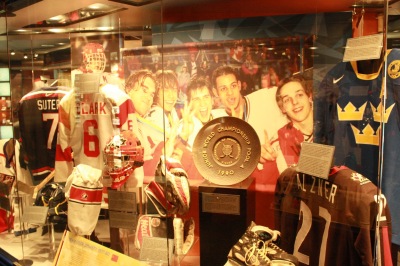 (Nicole’s Note: Remember when we had Danny Briere and they tried to keep Drury instead?  Where’s Drury?  We all know where Briere is: still LIGHTING IT UP. end rant.) 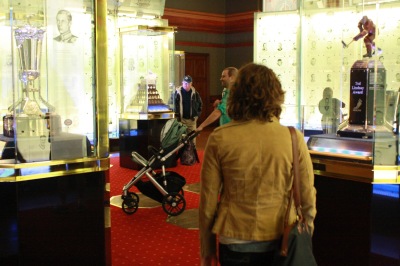 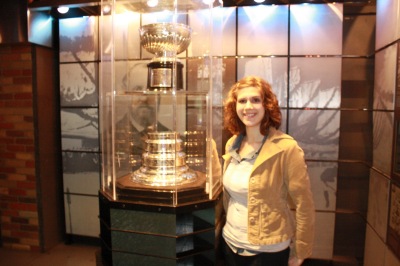 The weather in Toronto was very Fall-like.  I was a bit chilly and did not pack correctly.  With the Eaton Center around the corner, it sounded like a good idea to go buy a sweatshirt.  We were able to find a sweatshirt and eat some lunch.  After, we took a stroll around the city and on the way back we noticed that there were about 100 cop cars near the Eaton Center and everything was roped off.  News reporters were all over and hordes of people surrounded the area looking to see what happened.  Apparently in the food court where we were eating, a maniac opened fire killing someone and injuring others.  As of right now, he has not been captured, and this morning the entire block was still roped off.  If only there was an architect present…

Flight takes off in an hour….off to Montreal!